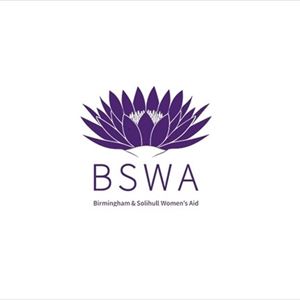 This event is for 16 and over - No refunds will be issued for under 16s.

Indie Midlands is proud to present a night of of live music at The Sunflower Lounge on Sunday March 8th to raise funds for Birmingham & Solihull Womens Aid (BSWA) as part of International Womens Day 2020.

After the success of 2019's event we are hoping we can raise even more money for a great charity.
We will have live music from five acts on the night for a ticket price of just £5. All profits made from ticket sales will be donated to BSWA.

The Sunset Beach Hut
Indie-pop quartet The Sunset Beach Hut have been rapidly gaining attention on the Birmingham gigging circuit. Taking influence from the likes of Two Door Cinema Club, The Japanese House, Bombay Bicycle Club and Fickle Friends, they have combined their efforts into creating something new. With funk-y bass lines and prominent guitar hooks, and pop inspired vocals, The Sunset Beach Hut are starting to win the hearts of the Midlanders and look forward to taking their music elsewhere.

Debut singles ‘Comfort’ and ‘Upside-Down’ both were awarded BBC Introducing Shropshire’s Track of the Week and their most recent single ‘Bury’ has captured over 20,000 streams on Spotify and they look to follow this success with future releases.

They filled 2018 with some incredible gigs selling out The Sunflower Lounge and supporting some of the UK’s best upcoming bands including SPINN, Stereo Honey, Peaness and The Cheap Thrills and taking their first trip down to London supporting Shields. 2019 has only given them reason to look up, kicking off the new year with a packed headline show at O2 Academy 3, supporting Calva Louise at The Sunflower Lounge as part of their ‘Rhinoceros’ tour and securing their place at international music festival FOCUS Wales 2019.
Glass Ceilings
Branded a “light-hearted indie sweetness” that “carry so much promise”, this 4 piece are rising fast with “infectious melodies and tight vocals”.
Fawner
Fawner are a 4 piece grunge outfit based in Bristol with influences ranging between Dinosaur Jr., Queens of the Stone Age and Wolf Alice.

Having formed in late 2016, the band have released two singles, an EP, and most recently, their debut album 'It Was Beautiful', as well as playing shows around the UK. They create a unique blend of dreamy vocals, cutting lead lines and driving bass to create atmospheric, emotional cuts.
Plus more to be announced!